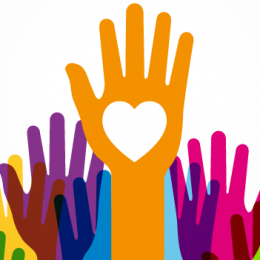 Arizona State’s Walter Cronkite School of Journalism is teaming with Arizona PBS to raise money online to send journalism students to cover border and immigration issues leading up to the 2016 elections.

The school says it will be the first university to partner with crowdfunding platform Beacon, which has helped other news organizations fund reporting projects (Techdirt, for example, raised more than $69,000 to cover net neutrality, according to that site).

The 30-day campaign  is looking to raise $25,000, which Beacon will match, to create a Borderlands bureau.

To induce those donations, the school has a rewards program including thank you notes on twitter, a T-shirt, insider reports from the new Borderlands bureau, and invitations to lectures and events.

The school will also use the campaign as a crowdfunding educational experience, analyzing what types of audiences are most likely to contribute and whether crowdfunding is a viable way to fund student-based media.

“Crowdfunding for journalism works best when you combine an important issue with a trusted newsroom, willing to engage with its audience,” said Beacon co-founder Dan Fletcher of the initiative. “With those traits in mind, the Cronkite School is the perfect university to pioneer this project.”